Every day corrections officers go to work and spend eight or more hours with inmates who have committed serious crimes. Officers risk their lives and well-being to maintain public safety no matter the cost. Because of this unwavering commitment to their jobs, officers are repeatedly injured in the line of duty.

And, like anyone else, they also deal with personal crises, such as cancer or losing their home to a fire.

In its more than 20 years, the MCO Crisis Fund has raised tens of thousands of dollars, which has helped hundreds of corrections officers make ends meet in times of catastrophe. Fundraisers are held year-round and include a Golf Outing in the summer and a raffle in the fall.

Do you know an MCO member facing catastrophe? Email MCO Treasurer Dave Pasche to ask the MCO Executive Board to help a member in need.

The Crisis Fund wouldn’t be possible without the contributions of individuals and businesses who care about corrections staff.

You can mail donations to:

If Robert Stolaruk could describe his experience with the Crisis Fund in one word, it would be relief.
This spring, his wife had a seizure while driving.

Suddenly, the family found themselves bogged down by insurance copays. They also had a 14-month-old son and had to pay a babysitter to take care of him while his wife was in the hospital.

Stolaruk, who works at Egeler Correctional Facility (RGC) in Jackson, said he was surprised when the MCO chapter president called to tell him the Crisis Fund would help his family.

“I was relieved to get some help with the unexpected medical bills,” Stolaruk said. “We were under a lot of stress. It’s great that the Crisis Fund is there for MCO members. We also had people calling and checking on us. It’s kind of comforting. That eased the stress, too.”

A captain and an officer also held a breakfast burrito fundraiser between shifts to raise money for the Stolaruks. Robert said he’s grateful for his corrections family who stepped up during his time of crisis. 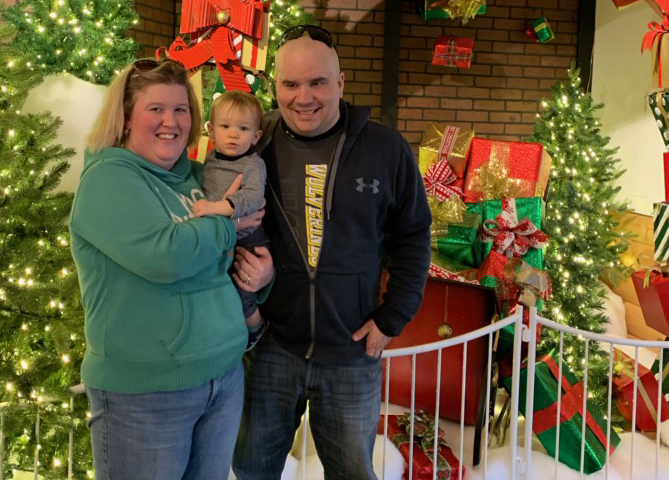