Today, Gov. Rick Snyder signed HB 4159 and SB 516, the two gun bills MCO members have wanted for years! The bills will allow certain MDOC corrections officers and retired officers to carry firearms in gun-free zones. MCO has been pushing hard for these bills this legislative session. See past updates on the bills. If […] 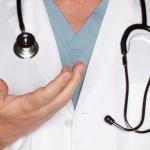 There’s been lots of talk lately about the Cadillac Tax, an excise tax on premium health care plans. MCO explained some of the basics in the bargaining review that went to members along with their contract ballots. The Northwest Labor Press has written a summary of the tax, the rationale for it, and the prospects […] 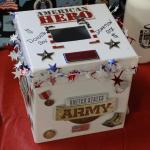 Here’s some info you might be able to share with a young service man or woman to make their holiday season a little brighter. Operation Ride Home offers travel vouchers to junior enlisted members (E-4 and below) who couldn’t otherwise afford to be home for the holidays. A plane ticket voucher could total as much […] 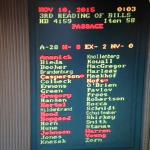 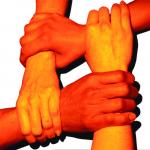 ORIGINALLY POSTED JUNE 10, 2015 It’s no secret – times are changing and labor unions across the nation are facing a level of distrust not seen in decades. Union power is diminishing, and meanwhile, the middle class is evaporating. We talk about it at work, at union meetings, in our homes and at town hall […]

ORIGINAL POST 11/9:Wednesday, Nov. 11 is Veteran’s Day, and MCO would like to take this opportunity to say thank you to all veterans and men and women currently serving in our armed forces. Your sacrifice doesn’t go unnoticed. MCO is spearheading an initiative to help us better serve the many corrections officers who are retired or […]

Two bills that would allow certain current and retired MDOC employees (Parole, Probation, Corrections Officers or Absconder Recovery Unit Members) to carry in weapons-free zones await final approval in the House and Senate respectively. Because these bills are time sensitive, MCO needs all members to get involved and make calls to leaders in both chambers.  […]