Lansing, Mich. – Cary Johnson, a corrections officer at G. Robert Cotton Correctional Facility in Jackson, has been named the 2017 Corrections Officer of the Year for her integrity and dedication to public safety. 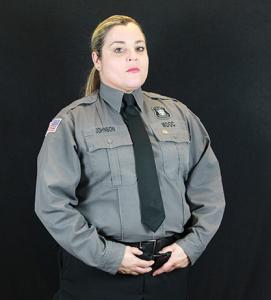 “Officer Johnson’s steadfast commitment to protecting Michigan’s citizens and supporting her fellow officers makes our department proud,” said Michigan Department of Corrections Director Heidi E. Washington. “Her professionalism and outstanding personal conduct is widely respected by her colleagues, and I couldn’t be more pleased to call her a corrections employee.”

Johnson began her career as a corrections officer in 1995 and has been a union leader at G. Robert Cotton Correctional Facility since 1997. She is currently the only woman serving on the Michigan Corrections Organization State Executive Board.

“I have worked with Cary Johnson on the MCO Executive Board for many years,” MCO President Tom Tylutki said. “She is an exemplary corrections officer and union leader. Recently, she has been instrumental in MCO’s efforts to raise awareness of PTSD among corrections staff. I commend her on her tireless service for MCO members.

“To the five finalists and other facility officers of the year – well done. MCO leaders thank all corrections officers for their dedication to Michigan’s toughest job.”

The Michigan Correctional Officers’ Training Council, a group comprised of representatives from the MDOC, Michigan Corrections Organization, law enforcement and higher education, chose Johnson for the honor from a pool of five finalists. 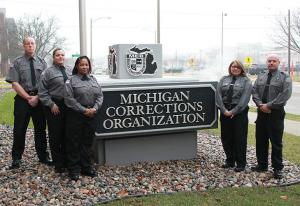 Johnson also previously received the MDOC’s Lifesaving Award for her efforts to help a prisoner in distress and has been commended for her role as a leader and mentor at her facility. She has served on the Scholarship, Civil Rights and Mentorship committees for MCO and has participated in the Traumatic Incident Stress Management Team to assist with crisis situations. She is a member of the Training Committee at G. Robert Cotton Correctional Facility and has been involved in the Officer Dignity Initiative.