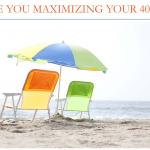 Ionia-area members are invited to attend a special 401(k) information session presented by Mainstay Capital Management and MCO. The event will be at 12 p.m. June 21 at Bellamy Creek Correctional Facility. See a flyer. Please RSVP to tara@mco-seiu.org by June 16 if you would like to attend. This event is for MCO members only […]

MCO Military Members received an invitation to the dedication of the Belding Vietnam Freedom Wall, unveiling 2,654 names of Michigan veterans who died in Vietnam. The event will be at noon Memorial Day at 101 Depot St. in Belding, across from the VFW hall. If you have any questions, contact Cindy Kogut, MCO’s staff representative […]

Sen. John Proos, Chair of the Senate Subcommittee on Corrections, is ramping up his fight to reduce $41.6 million in funding from the Governor’s proposed corrections budget. The cuts would be spread to every facility and include removal of $4.3 million for the training of 177 new corrections officers and would likely force the premature […]

LANSING, Michigan—MCO-SEIU One Voice Campaign issued the following statement on the Michigan Senate Appropriations Subcommittee on Corrections proposed cuts to the MDOC budget: 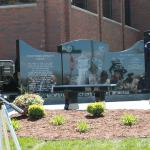 If you can’t attend the Fallen Officers Memorial unveiling, do the next best thing – watch a livestream! The stream will begin below at 1 p.m. ET Sunday, May 7. (You may want to bookmark this page so you can quickly come back to it Sunday.) Members can also watch a livestream of the event […] 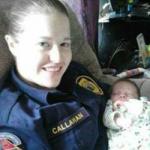 Meggan Callahan, a North Carolina prison sergeant who was killed in the line of duty last week, was a sister in SEIU. Callahan, 29, worked at the Bertie Correctional Institution in Windsor, North Carolina. She was beaten and killed in a brutal attack. An inmate serving a life sentence for murder has been accused of […] 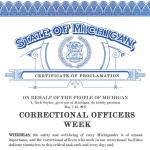 Michigan Corrections Organization, along with the State of Michigan, is proud to recognize May 7-13, 2017 as Correctional Officers Week. This week honors those who manage dangerous inmates every day and keep Michigan’s communities safe. Corrections Officers are underappreciated, although their work requires professionalism, strength, loyalty, and tireless dedication. They do a job few want. […]