The following article originally appeared on CorrectionsOne, the most comprehensive and trusted online destination for correctional professionals nationwide, and is reprinted by permission of the CorrectionsOne editorial team. Visit www.CorrectionsOne.com to access news, commentary, education information, and training resources that help the corrections community. 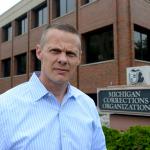 Do correctional officers care if inmates eat crappy food? The answer is a resounding yes. In Michigan, we’ve seen the security vulnerabilities that can arise when the quality and quantity of prison food is inadequate.

What a wild ride it’s been. Here’s what happened.

In the beginning, privatization in a prison setting concerned correctional officers. Would a company motivated by profit invest in thorough training and wholesome food? Would low wages lead to high turnover, which is especially troublesome in a potentially dangerous environment with a steep learning curve? These worries stemmed from stories from other states and county jails that privatized food service.

Ultimately, it didn’t matter whether a private company or the state oversaw the food production. COs care about the safety implications of food. And it’s a moral issue: Everyone deserves healthy, nutritious food prepared in a sanitary environment. Officers know when prisoners don’t get that, it threatens the safety of both staff and the incarcerated.

Soon correctional officers started reporting to their union, Michigan Corrections Organization (MCO), that things didn’t seem right. Correctional officers were often preparing meals because no Aramark employees showed up. Food shortages and delays were constant, disrupting other activities such as yard and school. Aramark workers didn’t follow protocol when it came to control of knives and other dangerous kitchen tools. Aramark employees were caught in overfamiliar situations and sex acts with prisoners. Gangs were emboldened to take control over the kitchens.

MCO staff spent countless hours vetting these stories. We verified facts with multiple correctional officers. Even though MCO has a good reputation, we knew some people would accuse us of just throwing daggers because we’re a labor union. We took our responsibility to be accurate very seriously, but once we had information confirmed, we boldly took it to the MDOC administration, the governor, state legislators, the media and the public.

A report published by the Institute for Research on Labor, Employment and the Economy (IRLEE) at the University of Michigan reinforced what we’d heard from members.

Then something unexpected happened.

Inadequate food quality and quantity was one complaint that led to the 2016 riot at Kinross Correctional Facility and several other protests at prisons around the state.

After the riot, MCO leaders started a national conversation with other corrections departments and corrections unions about the safety implications of subpar food and other issues that plague U.S. prisons – including overcrowding, staffing levels and officer retention.

With both private food vendors, turnover was rampant. It was a revolving door of ill-trained employees, filtering in and out of a secure prison environment. MDOC Director Heidi Washington said training and staffing were among the problems.

“The benefits of continuing down on that path don’t outweigh the costs, and we should transition back to doing it in house,” Snyder said.

MCO members never backed off from our security concerns around food service changes. We frequently discussed it with legislators, the media and MDOC administrators. Members banded together on this issue and spoke with one voice. This shows our advocacy and persistence can lead to positive safety changes when we work together.

EMBRACING CHANGES IN A DYNAMIC WORLD

The world of corrections is changing around the U.S. Innovations like new approaches to food service and emerging technologies are unveiled every day. As corrections officers and professionals, we should embrace these changes and point out when they work and when they don’t.

We also need to expand our networking circle and cultivate strategic partnerships with other law enforcement, prison health care providers and even inmate advocate groups, when our concerns align.

For example, prisoner advocates and front-line staff believe all inmates deserve access to adequate portions of quality, nutritious food prepared in a safe and sanitary environment. We both agree that prisoners shouldn’t be forced to supplement paltry meals with ‘soups’ and Honeybuns. When inmates are forced to buy and trade food, it creates a black market of goods, opening the door to possible violence and chaos.

In addition, I urge any corrections administrators reading this to recognize that front-line staff are a resource, not a roadblock, and should be included in the conversation when solutions are explored or operational changes are made.

What’s next for the food situation in Michigan? The state legislature must approve funding to bring food service back in house. I hope they do. The wellbeing of everyone affected by the corrections system – corrections staff, their families, inmates, and inmates’ families – depend on it.

About the author
Andy Potter is the vice president/chief of staff at Michigan Corrections Organization, a labor union representing 6,500 corrections and forensic security officers. He is also on the Executive Board of the Service Employees International Union, SEIU, and vice president of the SEIU Michigan State Council. Potter has been a union member and leader for nearly 30 years.