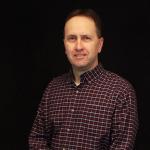 The following are updates President Byron Osborn issued regarding the MDOC Director’s Office Memorandums on overtime distribution, annual leave, and seniority lists. 5/18/19: The current Annual Leave DOM does not have specific guidelines on vacation picks after a voluntary shift transfer. Some facilities weren’t giving officers any picks at all, some were giving one block […] 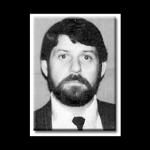 Today is the 31st anniversary of Officer Jack Budd’s murder at the former State Prison of Southern Michigan in Jackson. An inmate, armed with a weapon, came out of a shower area and stabbed Budd. His killer, James Miller, was sentenced to 80-120 years in prison. He is also serving two life sentences. Josephine McCallum was […]

Did you see the MDOC’s Staff Wellness Survey? A reminder email explaining and linking to the survey was sent by MDOC to state email addresses Monday. MCO encourages all MDOC staff to take this important assessment. The purpose of this survey is to improve the MDOC’s ability to support employees by learning more about your […]

The Impasse Panel has recommended MCO and the state to continue bargaining to find a solution to the officer retention crisis. The panel “… (R)ecommends ordering the parties to continue bargaining over alternative … solutions to the vacancy problem during year one of the economic portion of the agreement,” the recommendation states. Read the full […]

MDOC has announced the closure of Ojibway Correctional Facility, tentatively scheduled for Dec. 1. Read the MDOC’s announcement here. MCO leaders were notified this morning. There was no single reason OCF was chosen to close, according to MDOC’s statement. In addition to offering staff positions at facilities with vacancies, MDOC will work with the Department […]

Monday, July 9 is the deadline to register to vote in Michigan’s August 7 primary election. Why Should I Register? As state employees, we have a unique opportunity to exercise our constitutional rights and elect our next bosses; however, in order to vote in a local, state, or national election, you must register to vote […]

MCO and the Office of the State Employer are preparing for contract negotiations which will take place this summer and fall. Like in past years, the MCO Executive Board, which also serves as the bargaining team, wants members’ input before negotiations begin. A link was emailed to all MCO members’ personal, home email addresses today. […]

Greetings brothers and sisters, As your newly elected MCO State President, I would like to introduce myself and tell you about my goals for our organization. I hired into the Department in 1994 at Chippewa Correction Facility and have served as a chapter official there for the past 18 years.  For the past four years, I […]

Michigan Corrections Organization (MCO) leaders and members are completely opposed to Sen. John Proos’ recent budget recommendation for the Michigan Department of Corrections. Proos, Chair of the Senate Subcommittee on Corrections, has proposed a corrections budget that undercuts the governor’s proposal by $25 million dollars. Under the Senate recommendation, these savings would be achieved by […]