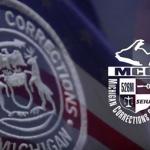 Thank you for your interest. You will continue to receive email communications from MCO. Get to know MCO now.

Corrections Officers and Other Front-Line Staff, One Voice wants to hear from you during this unprecedented pandemic. One Voice is a national campaign made up of a broad range of criminal justice stakeholders with the goal of building bridges and advancing a unified approach to the policies, programs and narratives that define criminal justice reform. […]